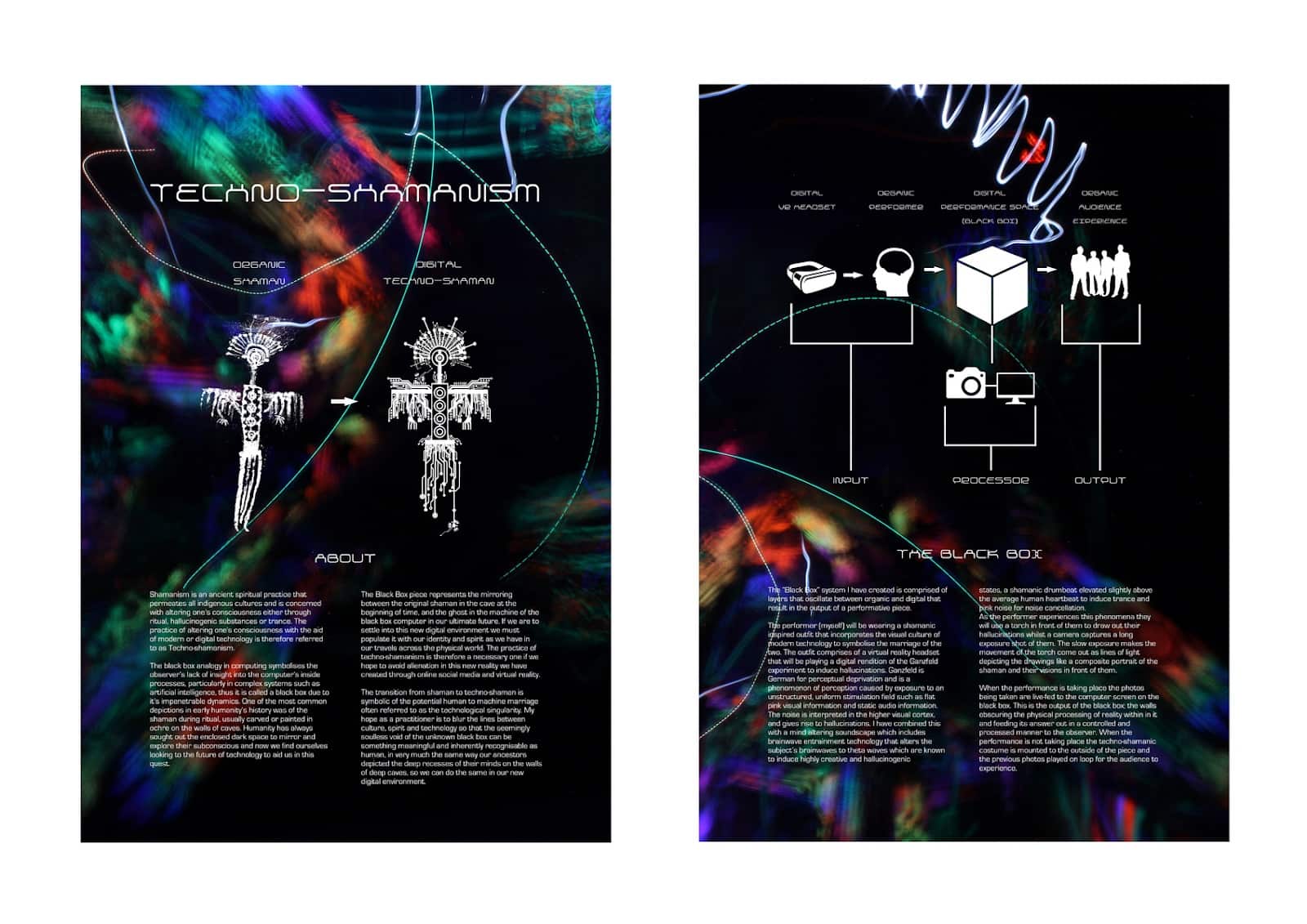 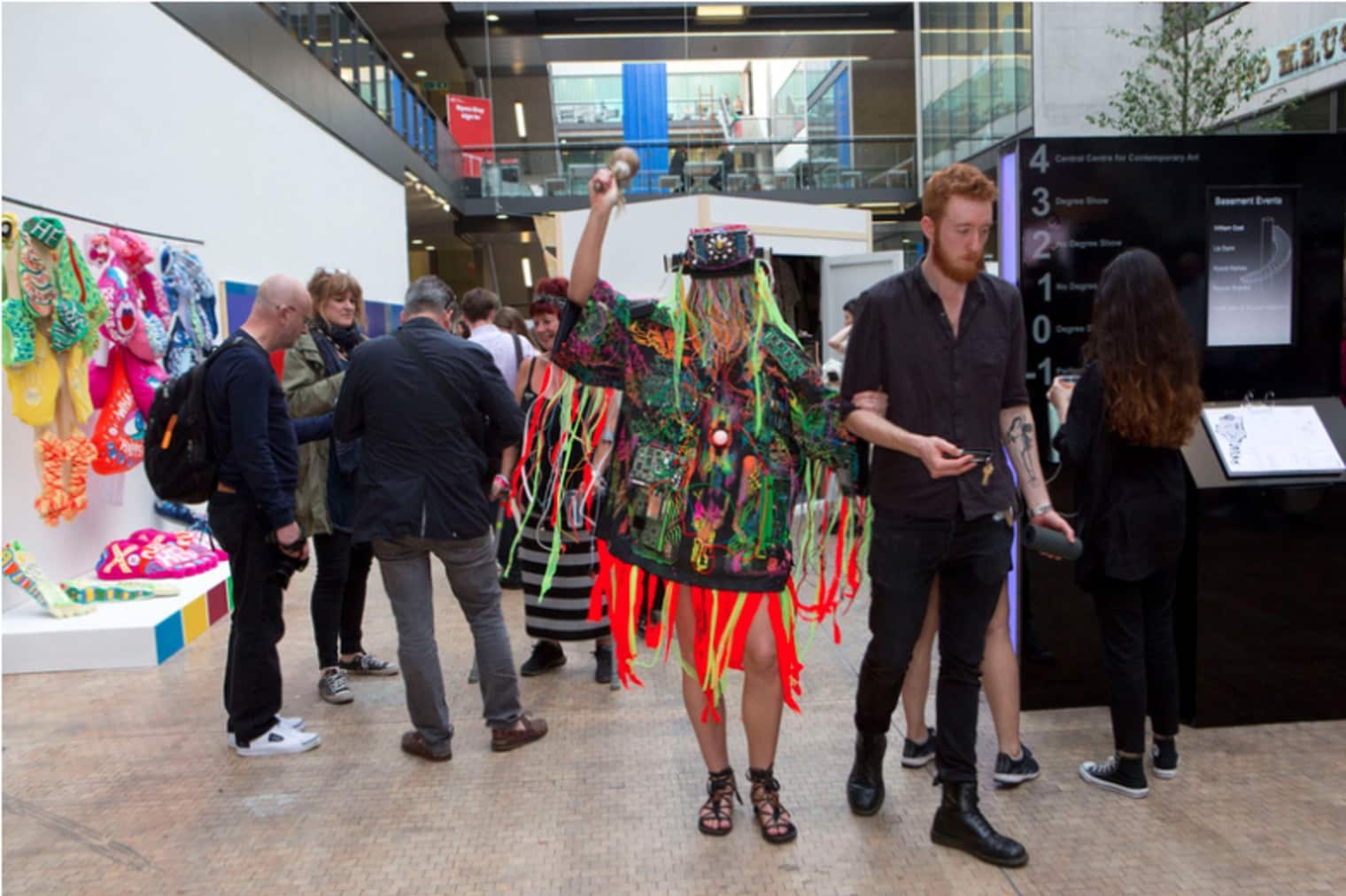 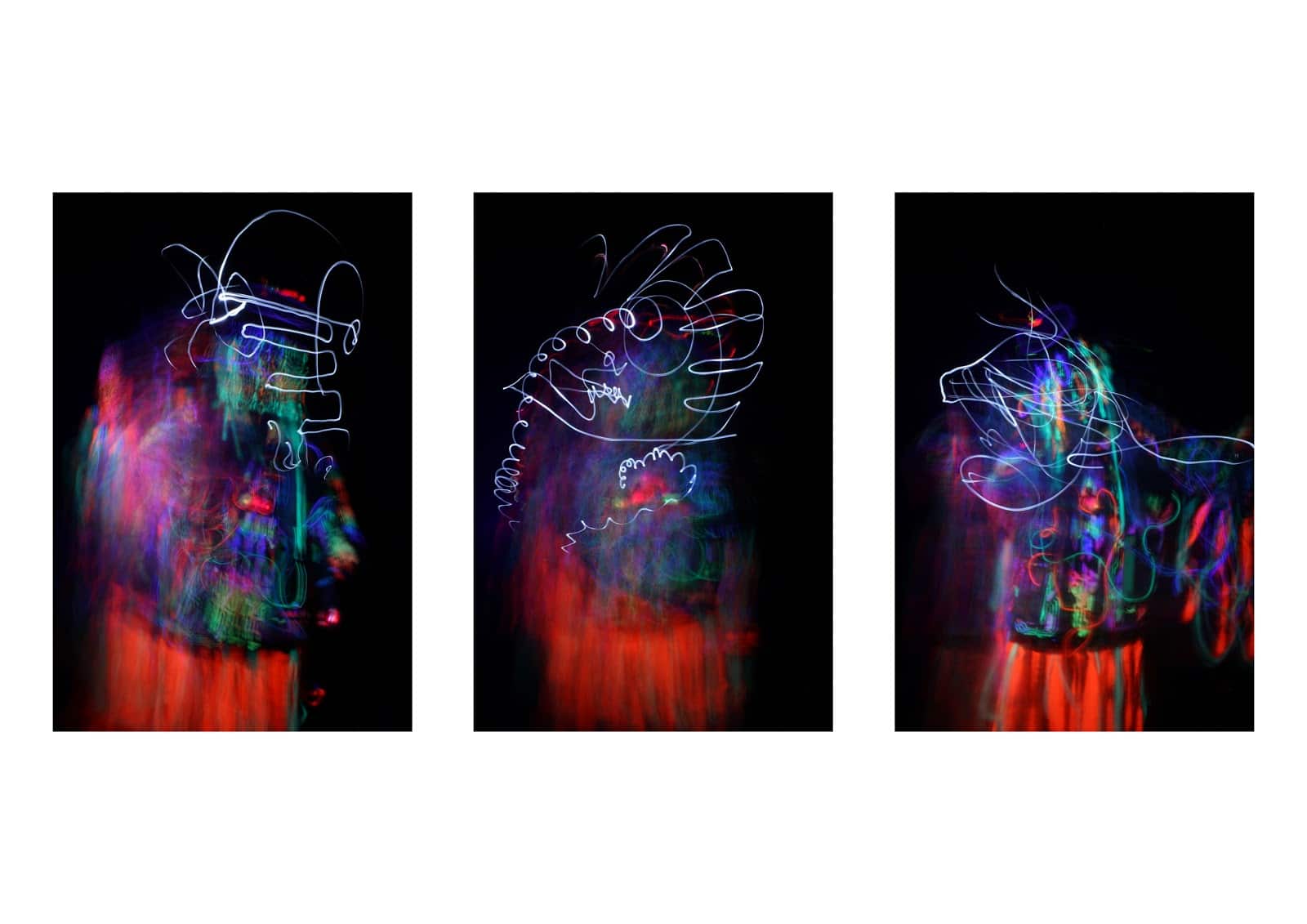 The black box analogy in computing symbolises the observer’s lack of insight into the computer’s inside processes, particularly in complex and almost impenetrable systems such as artificial intelligence. One of the most common depictions in early humanity’s history was of the shaman during ritual, usually carved or painted in ochre on the walls of caves. Humanity has always sought out the enclosed dark space to mirror and explore their subconscious and now we find ourselves looking to the future of technology to aid us in this quest.

The Black Box piece represents the mirroring between the original shaman in the cave at thebeginning of time, and the ghost in the machine of the black box computer in our ultimate future. If we are to settle into this new digital environment we must populate it with our identity and spirit as we have in our travels across the physical world. The practice of techno-shamanism is therefore a necessary one if we hope to avoid alienation in this new reality we have created through online social media and virtual reality.

The transition from shaman to techno-shaman is symbolic of the potential human to machine marriage often referred to as the technological singularity. Victoria’s hope as a practitioner is to blur the lines between culture, spirit and technology so that the seemingly soulless void of the unknown black box can be something meaningful and inherently recognisable as human, in very much the same way our ancestors depicted the deep recesses of their minds on the walls of deep caves, so we can do the same in our new digital environment.